In research this week: The Commode en Console

“… It’s French name, commode en console, indicates that it is, in fact, a console table designed to stand against a wall and a commode or chest of drawers. A small number of such tables are known today and they appear to have been in vogue during a short period in the middle of the 18th century. Five were sold by the fashionable marchand mercier Lazare Duvaux (ca 1703-1758) between December of 1753 and February of 1757. They were veneered with tulipwood with the exception of one table.” – the most expensive of all which was in lacquer, and now resides at the Metropolitan Museum of Art.

In France they had a second appellation, Console Perruquière – as in Wig Console. Ce meuble peu courant était destiné à ranger les perruques attributs indispensable aux gentilhomme de l’aristrocratie francaise du 18ème siècle- meaning: unusual piece of furniture designed to house wigs (and wig paraphernalia), indispensable attribute of the aristocratic French gentleman of the 18th century. I’m not sure if the wigs sat on stands on top of it, or if they went in the drawer.

The one at the Met is quite attractive, but actually one of the very few which doesn’t have four legs. A more typical (not the best word for something so rare) example would be the table by Hubert Hansen sold by Christie’s at Le Goût Français – Arts décoratifs du XVIIe siècle au XIXe siècle in April of 2015 for €17,500. 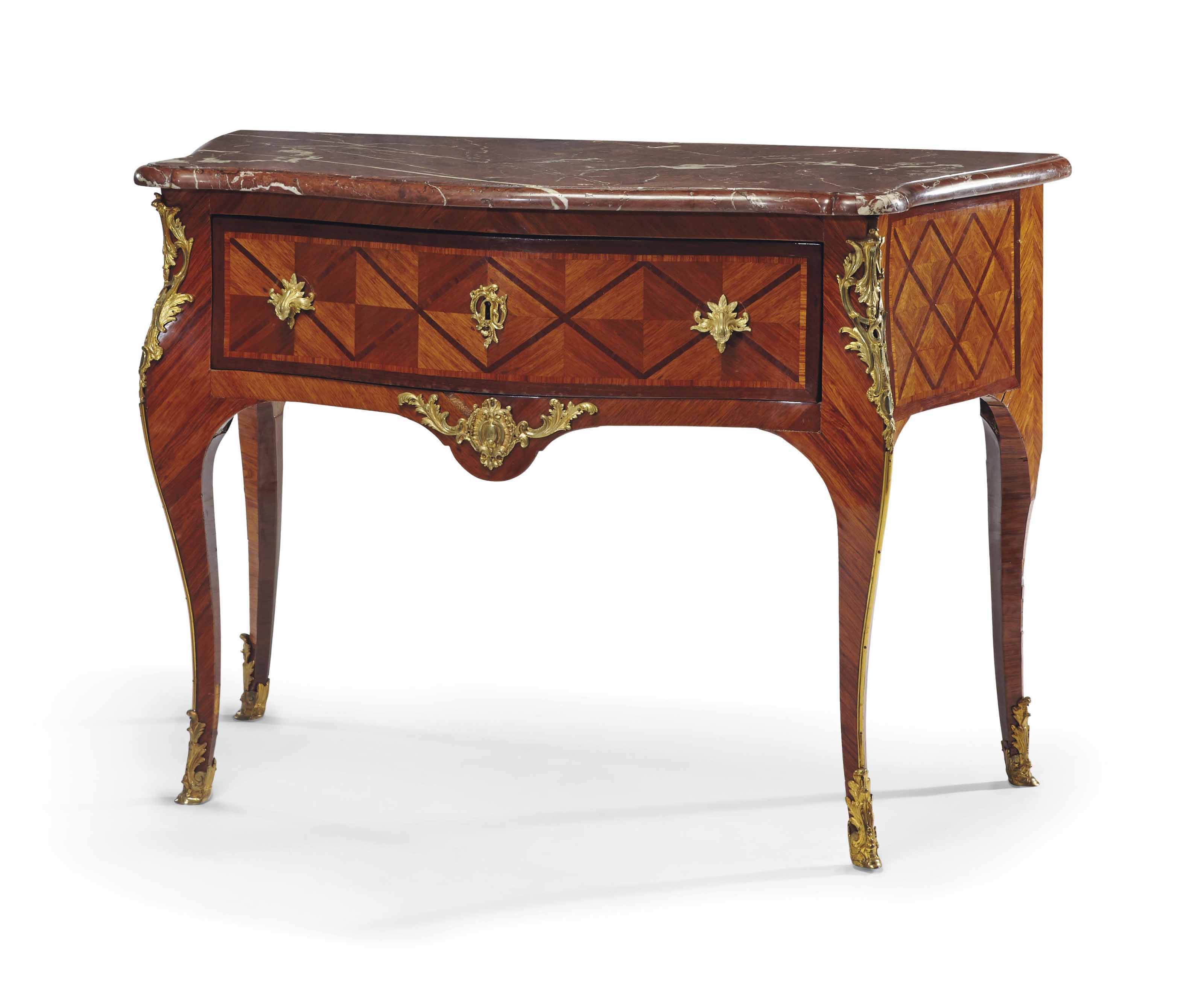 Another interesting piece is the one by Fidelis Schey and René Dubois circa 1780 which sold for €20,000 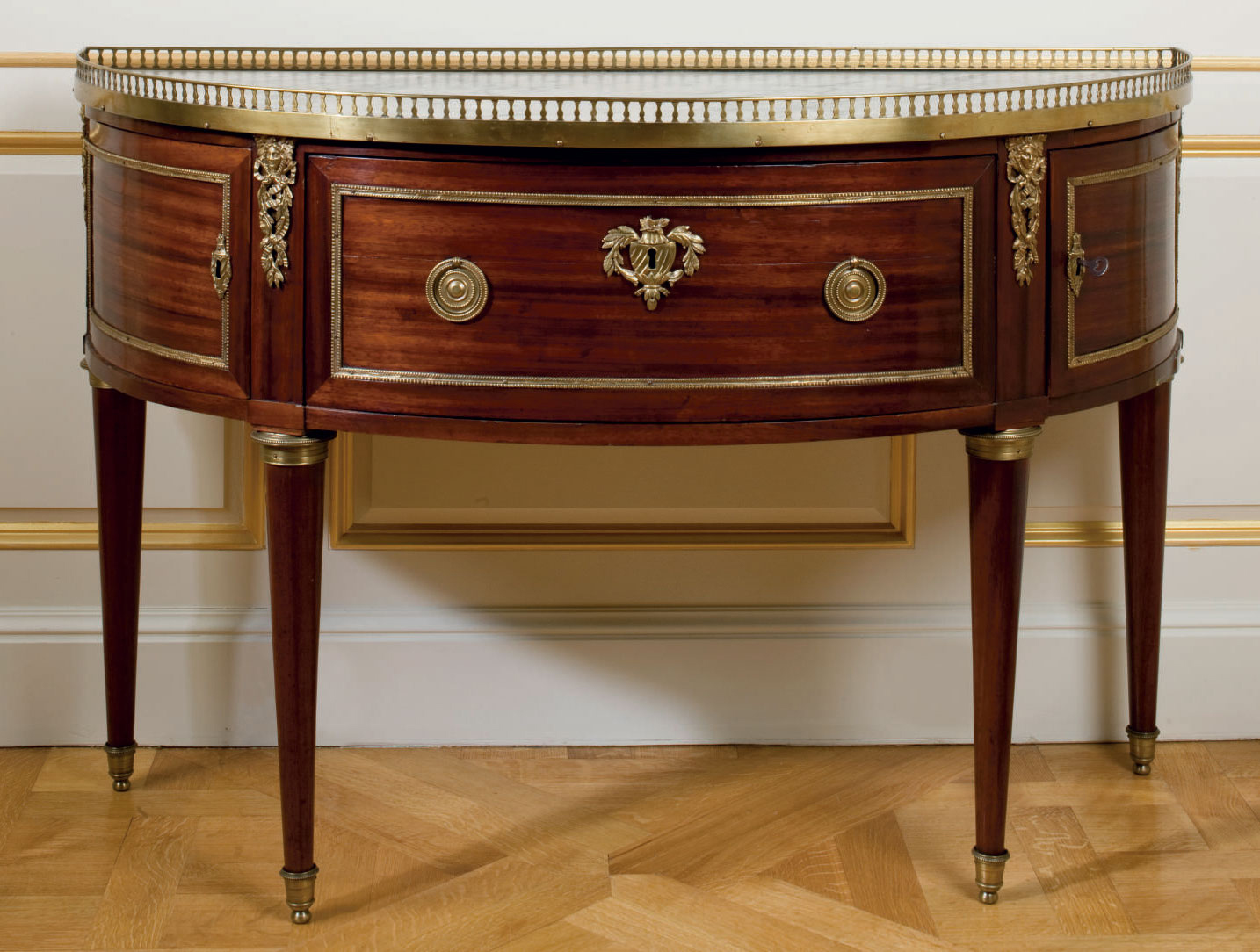 A very similar piece to the one above is going up for sale by Millon & Associes, Hotel Drouot – Salle 1 & 7 next week. The very conservative estimate is 3 to 5 thousand euros. That’s a common auction house tactic to generate interest and competition between bidders. It’s very clearly and beautifully estampillé (signed/marked.)

18 comments on “In research this week: The Commode en Console”

This entry was posted on June 4, 2018 by The Pink Agendist in art, design and tagged antiques, art, auctions, furniture.