And it’s only Wednesday!

– In case you missed the exceedingly popular last issue of Archaeological and Anthropological Sciences, there’s a fascinating article on the second case of crucifixion ever found. This time in Rome. Number 1 was in Palestine.

– Hurrah for Ireland!!! Abortions for everyone!!! The first round is on me 😀

– A few days ago there was appalling noise in the garden. Rudy confronting a large brown duck who decided it might be a good idea to have a stroll here… I had to turn the water hose on both of them to make them back down. Instead of just flying away the duck hid in the bushes for a good two hours.

And here are some pretty things I’ve been keeping but have decided I probably won’t be using here… plus I have to compensate for the substantial amount of money lost because of the console debacle.

A 19th century Bessarabian or Swedish handwoven kilim. I’ve never seen anything quite like it. 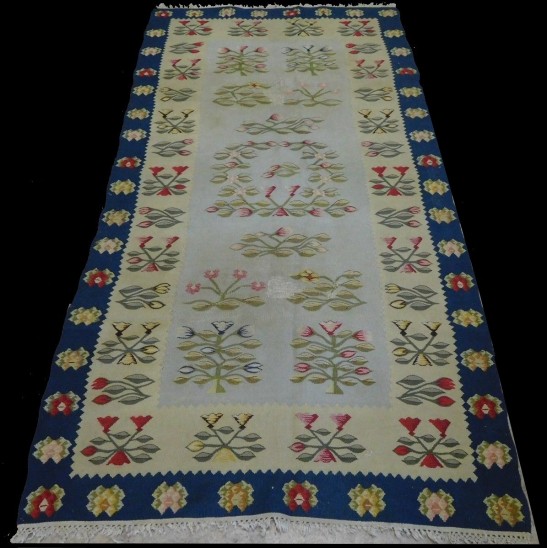 A Qing dynasty embroidered coverlet. The quality is just amazing 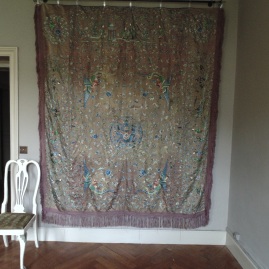 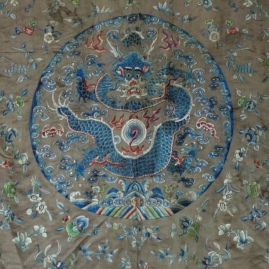 And finally a pair of Dutch marquetry chairs, first half of the 18th century. I’d be inclined to keep these, but alas. Also leaving is my giltwood ciel de lit (canopy for above a bed.) This has been the reason for an exhausting battle between Mike and me for the past (almost) 18 years. I wanted it in the bedroom and he thought it was just too much. I’ve given up and it’s left today to live in a rather magnificent listed house in Warwick.

Just imagine some lampas drapes coming out of there.

52 comments on “Yippee: a crucifixion, abortion, ducks and pretty things!!!”

This entry was posted on May 30, 2018 by The Pink Agendist in art, thinking aloud and tagged abortion, art, crucifixion, history.