Irish referendum results to be announced at 4pm 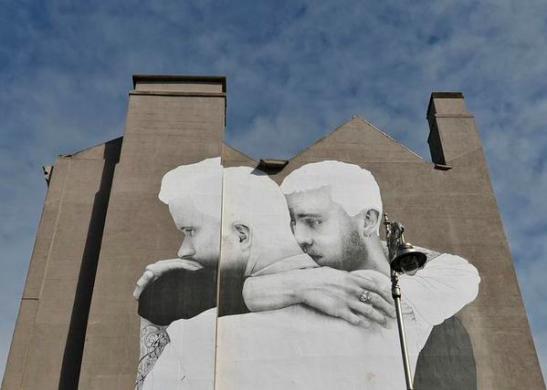 Meanwhile, here’s an outstanding article by David Robert Grimes for The Guardian:

“This perhaps isn’t surprising – religious conservatives have a long and ignoble history of distorting research to fit their religious ethos, dressing up their biases with the veneer of science. Yet as I’ve written before for the Irish Times and elsewhere , these assertions are fundamentally false and belie an extremely devious attitude to research. Their conduct as the referendum looms is the same nonsense they have long asserted.

Iona leader David Quinn spoke against gay marriage in front of the constitutional committee a number of years ago, arguing against holding a referendum. Ostensibly citing research from Child Trends, Quinn claimed that children fared best with biological parents, and that same-sex parents were inferior for children. Such manoeuvres reveal Quinn is either utterly ignorant about how to read a research paper or quite happy to distort evidence: the first page of the study he quotes makes this abundantly clear: “… neither same-sex parents nor adoptive parents were identified … therefore, no conclusions can be drawn from this research about the wellbeing of children raised by same-sex parents or adoptive parents.””

Full text at the link below:

5 comments on “Irish referendum results to be announced at 4pm”

This entry was posted on May 23, 2015 by The Pink Agendist in life and tagged civil rights, gay, gay unions, ireland referendum, lgbt, religion.