All the Things One Doesn’t Say Out Loud. De mortuis nihil nisi bonum

“Her mother blackmailed her, her husband Giovanni Battista Meneghini stole from her, and shipping magnate Aristotle Onassis was violent and abandoned her for Jackie Kennedy…

…In writing a new biography, Lyndsy Spence was given access to Callas’ previously unpublished correspondence and other material, which casts light on the torment of her marriage, the abuse to which Onassis subjected her and sexual harassment by the director of one of the world’s foremost conservatoires…” full text here.

And she hid it all. That’s what one did. Sometimes I wonder if it’s still what one does? It’s interesting how the world has changed. Like Callas, many of us were instilled with fairly archaic notions of value based on honour/shame. That’s usually ascribed to Asian (particularly Japanese) or Muslim cultures as being uniquely theirs, but  if you’ve read Edith Wharton or Jane Austen, you know we have our own equally harsh version. Remember how Countess Olenska’s divorce lands her extended family in scandalous crisis?

Maria Callas did not want that. She knew that social perception was a primitive affair. Make an accusation and you’re tainted. Attack your family and you’re tainted. Tell the world someone’s taken half your money and they say you’re a fool. Raoul Peck in his outstanding new documentary series Exterminate All the Brutes explains some of these associations masterfully in the context of race and how it intersects with wealth and religion. It’s very easy, and very human, to formulate these equations where we wrongly assign value based on characteristics or evidence that don’t prove what we think they do.

I’m in the mood to ramble, you’re welcomed to keep going if you like.

We are now approaching a year since my grandfather’s Covid diagnosis and subsequent death. For me it has been a time of intense reflection; in great part because I’ve found people’s interpretations of his life, work and personality fascinating. Perhaps bemusing is a better word. Of course perception is intrinsically biased, but I imagine because I’m pathologically analytical, I’m always trying to separate feeling from fact.

My feeling over the years is I would have loved to “cancel” my grandfather. If I were writing an intro about my coming-of-age like the one for the Callas book it would say:

He was born because his parents knew a child’s existence would keep their parents’ money flowing in their direction, his grandfather explained that to him when he was just a little boy. He spent the entirety of his tween and teen years being sent to a succession of psychotherapists to correct his unconventionality. In his mid teens he was given an envelope of money and told it should be used to lose his virginity to confirm his heterosexuality. He complied. In those early days he still tried to comply. His compliance never changed the fact that he had to juggle between familial exclusion or being the emotional and psychological punching bag of the family in the hierarchy set out by his grandfather, the patriarch. So he rebelled. Flectere si nequeo superos, Acheronta movebo.

I chose not to cancel my grandfather because I thought his work was too important. The good he did was immense as compared to my grievances. But we are in a new era now, and he is no longer with us. It is perhaps finally time to grieve, and to do that I must first admit there was pain. And there was pain because I was hurt. I’ve always hated the idea of admitting such things because it feels like handing over ammunition to the enemy. When you grow up in the dynamic where silence is your friend, speaking up does not come naturally.

I should explain we were once very close, the doctor and I, and that lasted through much of my childhood. Being the first grandson, he treated me like the crown prince. He took me on trips, he played tennis with me, his free time was mine. If I wanted a horse I got a horse, if I wanted to learn piano he had a baby grand readied for me. Our first real tensions began in my pre-teens when he entered his trophy wife stage of life. Not that she was young and beautiful, well, certainly young, but more one of those faces you might want to have mounted and hung on a wall after a safari. My grandfather hated that joke, so I’ve never tired of it.

He treated her much like a fixer-upper. He bought her larger breasts early on, then had her nose fixed, other tweaks came later. Personally, I think it’s better to pay for quality up front, otherwise one might end up with a money pit, and something that never looks quite right, but to each his own. What he couldn’t change was that she was one of those people who only “read” magazines because she found books too boring. I don’t mean the New Yorker. I don’t even mean Architectural Digest. Fortunately for her Brood Parasitism requires no book learnin’. She was able to insert herself, and her children, Cretino and Imbecilla von Trappo (not their actual names), into our family. Quite the social and financial pole vaulting. Wink wink. 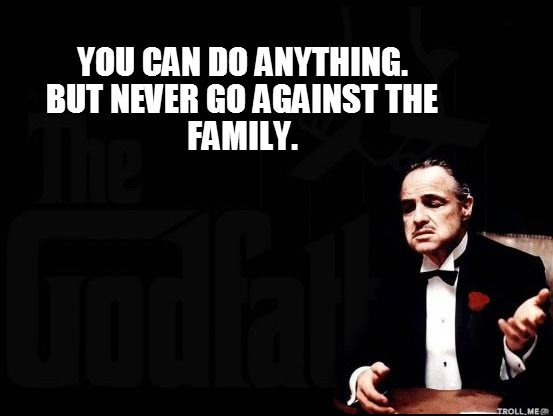 I know, I know, the #MeToo movement is probably outside number 42 right now with placards accusing me of misogyny, and the Pole Vaulting Union is serving me with a cease and desist order. Why are you attacking her as an opportunist, wasn’t he the guilty party for initiating a relationship by giving a young woman a job for which she had no qualifications whatsoever? Isn’t that some form of sexual harassment? Probably! Either way, what does it matter now? He’s dead and she’s trying to figure out how to work one of those perfume samples in a Cosmopolitan.

Anyway, in this aftermath I’ve received a few inquiries asking me to confirm or deny if my grandfather was homophobic. I didn’t answer any of them because I’m often unsure which parts of life should or shouldn’t be public. In part it’s the Maria Callas syndrome, the conditioning; Not that I was an ideal candidate for conditioning. When I came out, my grandfather informed me (in the form of an order) that homosexuality was something to be kept private. My response was to contact Luiz Mott the president of Brazil’s largest gay association, the GGB and to come out publicly in their newsletter. It was between those two events that my grandfather told me I shouldn’t visit Brazil again, as a gay man. I believe my answer was praise for the Menendez Brothers creativity and initiative. It was all downhill from there. Downier and hillier than it had been in the previous years. Our last conversation went like this:

Me: The only time you’ll hear from me again is when you’re dying in a hospital, and I’m going to call you hoping to hear agony in your voice.

Him: Only count on me in case of illness.

Me: I never counted on you and I’d rather die by the roadside than ask you for anything, ever.

Now back to the cancellation. He’s safe now. No one is going to interrupt him in an interview about birth control to discuss how he treated his gay grandson. Being free, or becoming free is about spreading this freedom. To do that I feel it’s time to begin airing these grievances and also grieving. My method, my family’s method, Maria Callas’ method – was the one where you smile, you keep going, you have another glass of wine and you pretend everything is always fine. It does not work. So having already dipped my toes into the latin with Virgil’s Aeneid, let me finish with De mortuis nihil nisi bonum, meaning “Of the dead, [say] nothing but good”.

He is dead; Good.

54 comments on “All the Things One Doesn’t Say Out Loud. De mortuis nihil nisi bonum”