Excerpt from Walter Cahn, Masterpieces: Chapters on the History of an Idea, Princeton, 1979

“The exercise of a profession during the Middle Ages necessitated admission to a guild or corporation, made manifest by the candidate’s recognition as a master. This step marked the end of a period of apprenticeship, often followed by a further stage of training as a journeyman. The ultimate moment in this process of qualification was obviously of the greatest importance to the young artisan and to the corporation alike. The former depended on its successful outcome for the possibility of earning his livelihood. For the latter, a number of contradictory pressures were involved. It was desirable for the collective prosperity and welfare that a sufficient number of new master be admitted. The new arrivals assured the continuity of an enterprise and the material security of the household following the death of the former head. In good times, they took care of increased demand. But new guild members were also potential competitors and the impulse to control their numbers must have been strong. Professional pride also led guilds to seek to verify the competence of petitioners for admission. But here, too, other motives can be discerned. It served the interest of stability that goods be produced and services rendered in accordance with accepted formulas and norms of craftsmanship. Esthetic and economic value were both enhanced when work was carried out, as it is frequently expressed in the documents, “in the accustomed manner.”

Such an admission procedure accompanied by a test of competence/ p. 4 could be accomplished in a variety of ways and may well have assumed in many cases a rather informal character. From the second half of the thirteenth century onward, however, we hear, first in isolated instances and with greater frequency toward the end of the Middle Ages, of a more clearly specified challenge: in order to demonstrate his skill, the candidate must execute a work for official examination, the masterpiece. So far as is known, this requirement is mentioned for the first time in the documents in Etienne Boileau’s Livre des métiers, datable between 1261 and 1271, which contains the statutes governing the corporations in the city of Paris.” 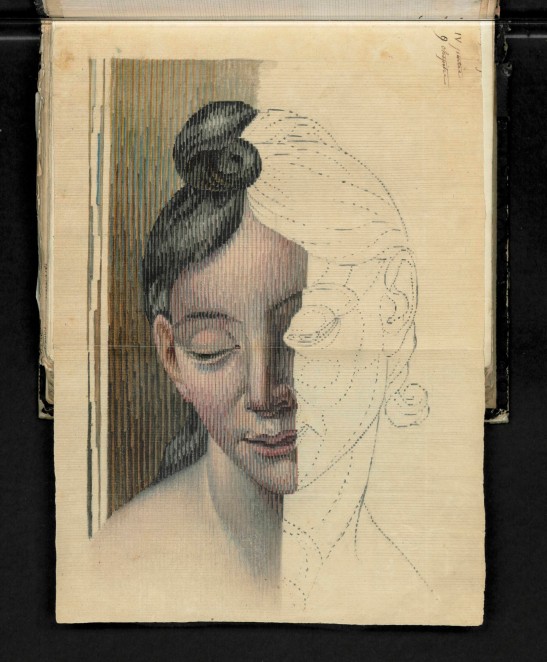 In the French tapestry world the Master Piece one submitted depended on the manufactory they were applying to. The more complex and fine, the higher the aspirations of the apprentice. After much study of technique and often borrowing from manuals like that by Deyrolle, the person would submit something like this piece below which we came across recently. You may recognise the image as it’s based on the Delphic Sibyl at the Sistine Chapel. Interestingly, Michelangelo didn’t design tapestries, which is a shame; although of course, under his Sistine ceiling, Raphael’s tapestries do a pretty excellent job of being magnificent.

Anyway, here’s a real Master’s Piece submitted to one of the most important French tapestry makers. I think we can safely say he/she passed the test! 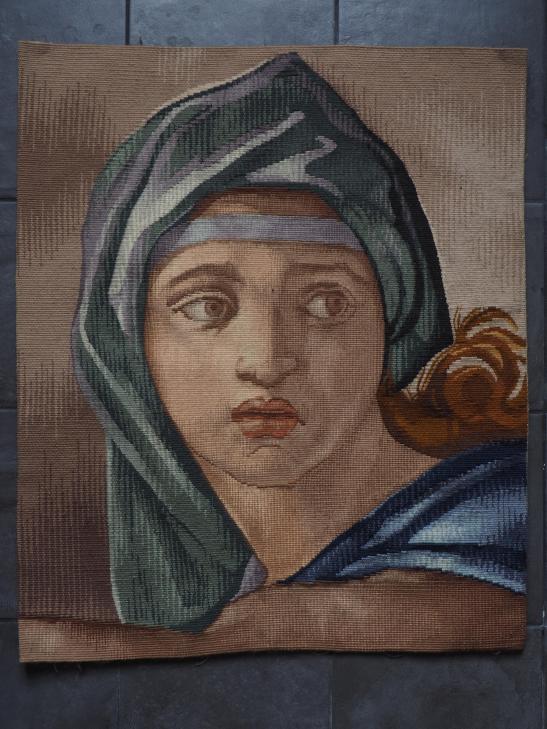 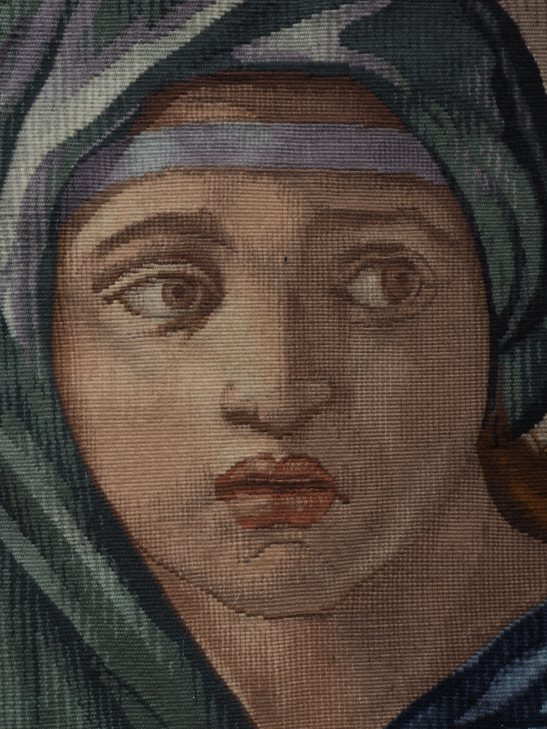 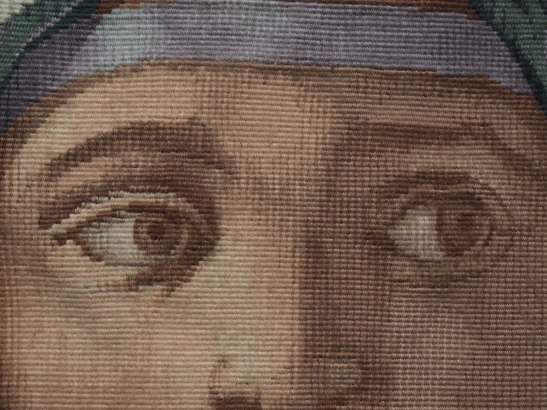 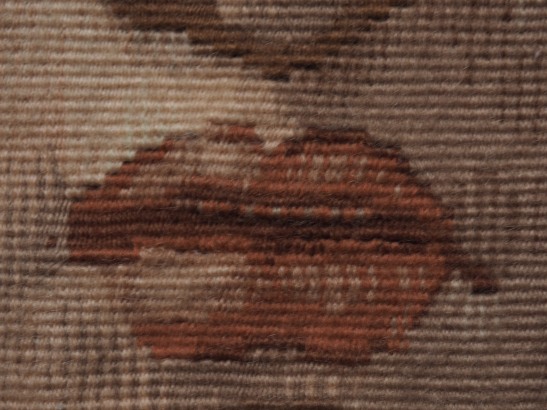 This entry was posted on November 23, 2020 by The Pink Agendist in art and tagged antiques, delphic sibyl, guilds, michelangelo, sistine chapel, tapestries, weaving.