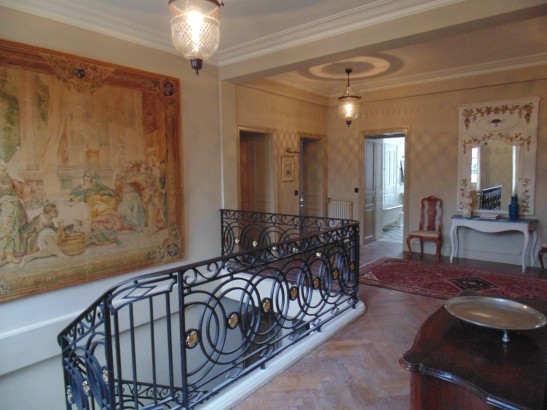 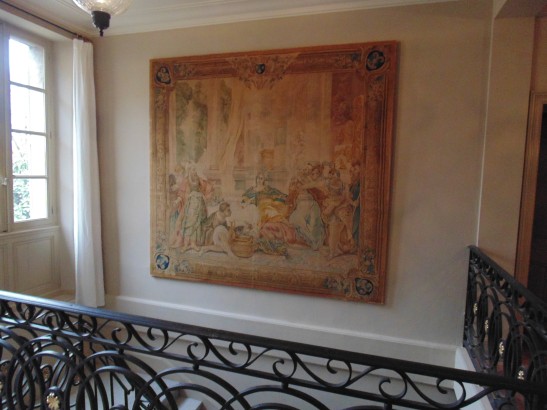 It was March 2015 when we arrived at number 42. Many corners have been turned since, but now it looks as if the big ones are finally behind us. You can walk through the house without feeling the need to have a clipboard with you to take note of all the things that need to be repaired or refinished. The overall feel is sharp– which can be quite difficult to achieve in a period property, so we’re very happy.

We’re about to embark on the last “big” indoor project. The bathroom of the middle south bedroom. It’s used by Summer Girl #2, so it’ll be ready for her in July. Mike suggested we slow down on everything else (the pergola, built-in bookshelves and so forth) and focus on one thing at a time. He thinks that at this stage we can afford to take our time and get the best possible results. He’s right. To that list of projects I’ve now added a fountain on the wall across from the entrance doors. Something around these lines:

This is a big year for me (mentally) because it’s the 20th anniversary of my coming out. Of my liberation. And of the best decision I ever made which was cutting ties with my family. I’ve been thinking a lot about the effect of history on the self recently. More on that later, but here’s a hint on the angle:

Richard Carlson: “… you can see the innocence in the development of a thought system. You can trace your own thought system back many generations to your great-great grandparents, and well before them. In a real sense you see that which you were taught to see. Over time, and through many years of validation and selective perception based on what you were taught, you made a series of conclusions about life…”

41 comments on “A Hanging, our Mazaversary and Various Other Versaries”

This entry was posted on March 29, 2019 by The Pink Agendist in Mazamet, thinking aloud and tagged antiques, Mazamet, psychology, the hallway.