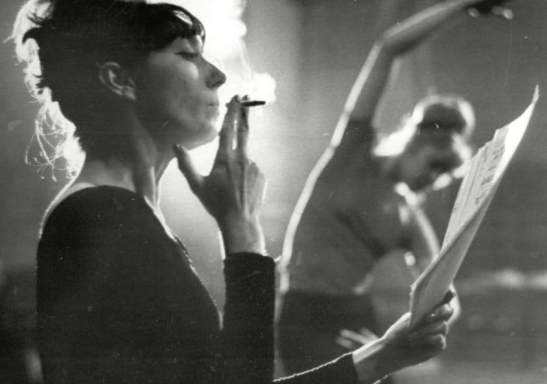 Dame Gillian Lynne, who has died at the age of 92, quite simply changed the way we think of dance.

Her husband, actor Peter Land, announced on Twitter the death of his “darling Gillie”, sharing that she was adored by many and had left “a huge legacy”.

The opening of  Andrew Lloyd Webber’s musical Cats, which premiered  in 1981 in London, became the focal point of that legacy and the moment we were captivated by a new, frenetic and fantastical choreography.

A wonderful article in The Independent about Gillie’s career. I suspect in the coming days, weeks and months there will be many. She was one of the great choreographers of our times and in no small part responsible for much of the style of the modern musical. But I want to say something about her personally.

Gillie was one of Mike’s oldest friends. Also one of his first friends he introduced me to. We’d only been together for six months or so when she went to Spain to visit us – and I had the distinct impression I was being auditioned. In the nicest possible way, of course. She just wanted to make sure I was suitable.

Those were dark times, those early days. To say Sotogrande was a hostile environment for a gay couple is putting it mildly. Homophobia wasn’t just acceptable, it was the norm. My confidence was faltering. I wasn’t sure I could deal with the pressure, the gratuitous aggression. And then during her visit, one evening after dinner, Gillie sat us down and told us our personalities could not have been more suited to each other – and to just shut the rubbish out of our lives. We followed her advice. As much as possible, anyway. When you live somewhere it’s almost impossible to shut it all out.

Along with Mike’s mother, she was our first official endorsement. That was almost 18 years ago.

This entry was posted on July 3, 2018 by The Pink Agendist in art, life and tagged gillian lynne, homophobia, lgbt, sotogrande.