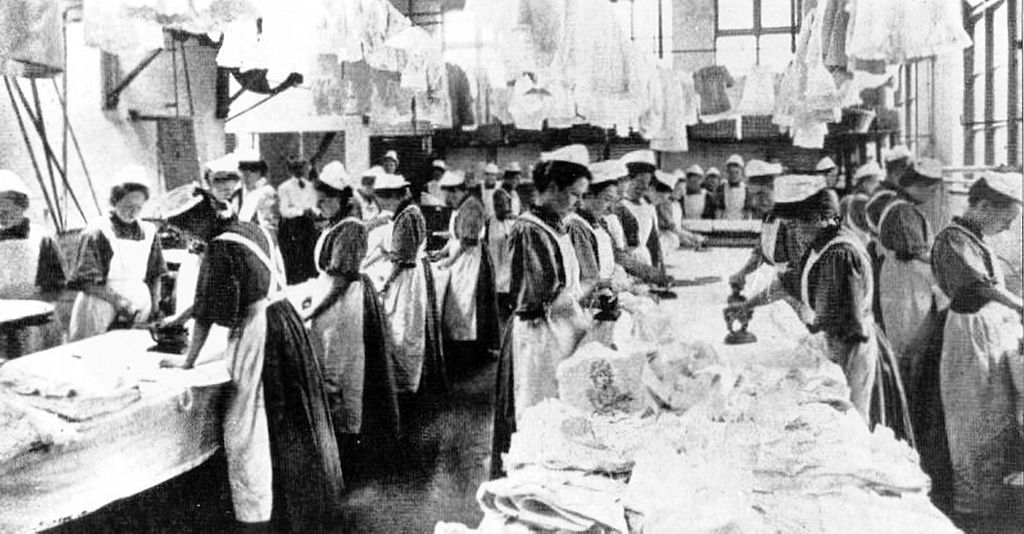 “In the Netherlands at least 15,000 young girls and women were forced to work in the laundries and sewing rooms of the Catholic order of the Sisters of the Good Shepherd between 1860 and 1973, according to research by the NRC.

Five of the women now want the abuse they suffered to be recognised and the money they were denied to be paid to them.

The sisters of the Good Shepherd had homes all over Europe, Canada and Australia where girls were forced to work, with some of the most notorious abuse taking place in the Magdalene laundries in Ireland.

In the Netherlands, where the order ran homes in Zoeterwoude, Almelo, Velp and Tilburg, girls –  prostitutes or unmarried mothers but more often orphans, disabled girls or girls convicted for petty crime – were put into the homes against their will by parents and official child protection organisations until the early 1970s.

Once in the home the chores, presented as ‘work therapy’ turned out to be forced labour in what was in fact a textile factory with clients such as hospitals, hotels, the church and the government.

In 1933 an order for 40,000 army shirts was given to the nuns. In Velp the girls even made the dowry of the late princess Juliana, the paper writes.Apart from hard unpaid labour the inmates of the homes were also subjected to sexual abuse, harsh punishments and a lack of medical care and education.

Another great week for the religious world. Next comes: Report on Pennsylvania Roman Catholic priest sexual abuse to be most extensive yet!

This entry was posted on June 12, 2018 by The Pink Agendist in Uncategorized and tagged atheism, catholicism, magdalene sisters, netherlands, religion.