An Evening with Patrick Melrose or why the worse thing that ever happened to me was that I wasn’t an orphan. 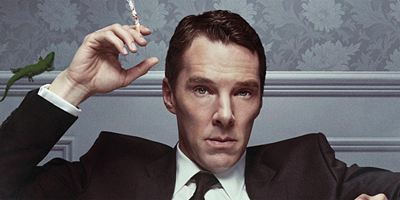 Saturday evening in Mazamet. June 9th. The weather is mild. There’s a street party in the centre of town. From the garden we can hear music in the distance. For dinner I made pasta con le sarde, which we both love – although I’ve felt slightly uneasy about loving it ever since Justice Scalia said in an interview it was his favourite dish. The man could ruin anything for me, even food.

I read Edward St. Aubyn many years ago, in my early 20’s. Very little of it registered. I was in denial mode then. Survival mode?

Episode two. They’re in Lacoste. That’s in the Vaucluse, a three and a half hour drive east of us. I remember from the book he was physically abused, this is the theme of the episode. I was not physically abused. The rest however is very familiar. Contempt, resentment. Arguments that would have horrified Albee’s George and Martha. In our house there was also much screaming. An inordinate amount of screaming. Much of it from me. At one point I feel like stopping the television and screaming at Patrick. Fight, boy. Scream! The father apparently can’t stand the child yet feels the impulse to spend time with him. I remember that very vividly. In part because it never really ended. Every year I still get letters or notes on my birthday from both my parents. Both! I imagine they feel they haven’t done enough to make me hate myself already. And as neither has accomplished much in their lives, perhaps they feel this is the one thing they might still be able to do successfully if they just try hard enough.

One of my father’s favourite lines was “this boy’s problem is he wasn’t beaten enough.” Yes, certainly. How insightful. Psychologists often recommend physical violence as a solution to all sorts of problems.

The dinner table scene is excruciating. The mother wants to get up to see what’s wrong with the child but Mr. Melrose embarks on a lecture on not mollycoddling him. Speaking to his mother and his wife, my father would say, “the two of you keep putting things into this boy’s head and he’s going to think he’s special.” As opposed to interrupting, undermining and ridiculing at every opportunity. The perfect recipe for raising a balanced, confident child – who doesn’t, since the age of nine, go to bed every night hoping never to wake up the next morning. In the end Mrs. Melrose doesn’t leave the table. Neither did my mother. Ever.

The performances are sheer brilliance. It’s now me who wants to get up. Who needs to get up. To step away from the television and just take a breath. My legs feel slightly wobbly. Too much baclofen? Who cares, it’s working. I don’t drink more than two glasses of wine per evening. Okay, perhaps three and a glass of port sometimes as well, but I’m working on it. This is tremendous progress.

I walk into the hall. It’ s beautiful. Chequered floors, William and Mary dresser, gilt mirrors, Sèvres porcelain, tapestries. Beautiful, and if everything is beautiful, everything is fine. That is the way of my world. I imagine that was also the way of Kate Spade’s world and that didn’t turn out too well, did it? But I’m sticking to it. Here are some of my beautiful pink roses. 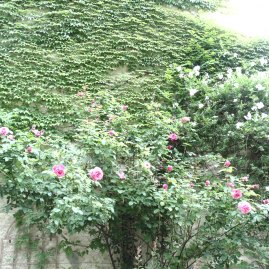 So pink, so beautiful and so many. L’embarras des roses. An embarrassment of roses.

It’s terrible that childhood is such a short part of our lives, but can ruin all the rest. And this is only episode two. By the end I’ll be in pieces. I think it’s good for me to watch it, though. Perspective is always good. Even terrible things like the Spade or Bourdain deaths can have a positive effect because they help, depressives in particular, re-calibrate our rationalizations. All too often we spend time assigning blame to the self. I’m not successful enough, attractive enough, kind enough, talented enough (or at all, in my case) – and those become cycles of self-loathing and self-recrimination. And then two people who are at the top of everything feel they can’t go on. And then you just have to stop for a second and reconsider how you see your place in the world. 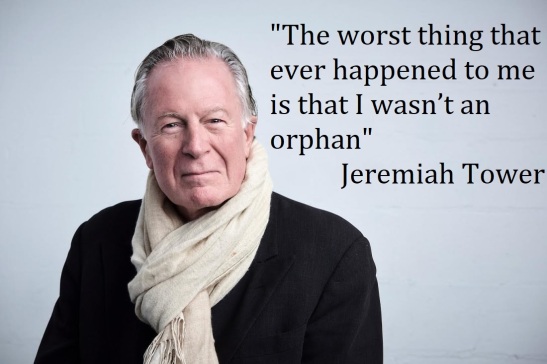 71 comments on “An Evening with Patrick Melrose or why the worse thing that ever happened to me was that I wasn’t an orphan.”

This entry was posted on June 10, 2018 by The Pink Agendist in life, thinking aloud, writing and tagged family, patrick melrose, psychology, writing.