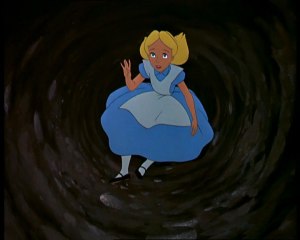 Or there I went. Down the rabbit hole, just like Alice. This business of one’s past is dangerous stuff. Here I was, safely behind my exceedingly high French walls, but no, I just had to go looking for trouble.

First I landed on a blog here on WordPress by a Brazilian LGBT activist, and then another (particularly well written site) by Walter Silva. His top post (in Portuguese) is about a data bank that keeps track of homophobic and transphobic murders in Brazil. Depressing. From there I went looking to see what the current topics of debate are regarding LGBT people, and that was really, truly, appalling. Almost medieval. Discussions that were put to bed in most of the civilised world many years ago seem to still be raging in a country whose flag ironically says Order and Progress. Based on Auguste Comte’s positivist motto, “L’amour pour principe et l’ordre pour base; le progrès pour but.” Meaning Love as a principle, and order as the basis; progress as the goal.

Progress my foot. As I read through articles and forums, and comments – so many fantastically ignorant comments, what I saw was the world I grew up with. A world of pathological machismo and a hypermasculinity of nearly comical proportions. Not to mention the classism and racism. I know change can be slow, I struggle against my own prejudices on a daily basis, but come on. It’s 2017. Ireland voted to legalise gay marriage. The last American ambassador to Spain was an openly gay man living with his (fortunately for both of them, also) gay partner. The prime minister of Belgium is gay. And in Brazil they’re still dragging out debunked myths and the tropes of old. All the *Gays Are* that you could possibly imagine. All the but’s. But, you know, have you seen the Pride Parades? But, you know, they’re promiscuous. But, you know, they’re not normal.

The more I read, the more I wanted to scream. The more I wanted to throw something at someone. The more I felt I needed to do something, to say something. How can it possibly not yet be clear to the world that a person’s sexuality is not a causal factor in any other characteristic that person may possess. My sexual orientation does not affect how competent I am as a professional. It doesn’t affect my ability to be honest, kind or generous. It doesn’t determine how much or how little I’ll be able to contribute to my community. No.

Every single day there are heterosexual people who commit crimes. Rape, theft, child abuse and even murder. In fact, in Brazil this year, thus far, there have been +25,000 murders. How many of those do you think were committed by heterosexuals? How many of the corrupt Brazilian politicians (many of whom are profoundly religious, by the way) are heterosexual? Funny isn’t it, how the formula only works in one direction. Gays Are (fill in the blank). Heterosexuals, on the other hand, don’t have a single characteristic attributed to them based on sexual orientation.  Funny indeed.

This entry was posted on August 24, 2017 by The Pink Agendist in activism and tagged Brazil, civil rights, gay, lgbt, prejudice.