Davies pointed out that although the boys were working as shoe cleaners, apart from two who are wearing magnificently polished boots, most are barefoot.

“Images of factories, schools, universities and civic buildings rising among old streetscapes – but also of rotting houses, barefoot children and faces pinched with poverty – have been unearthed from millions of photographs of late 19th- and early 20th-century England. Philip Davies, an architectural historian, spent seven years trawling through the photographs, compiling the best 1,500 into a 558-page book entitled Lost England.”

Fantastic idea. Especially in this climate where people are romanticizing the past. Life was no picnic. Here’s an amusing postcard I’ve found of the village where Mazamet began: 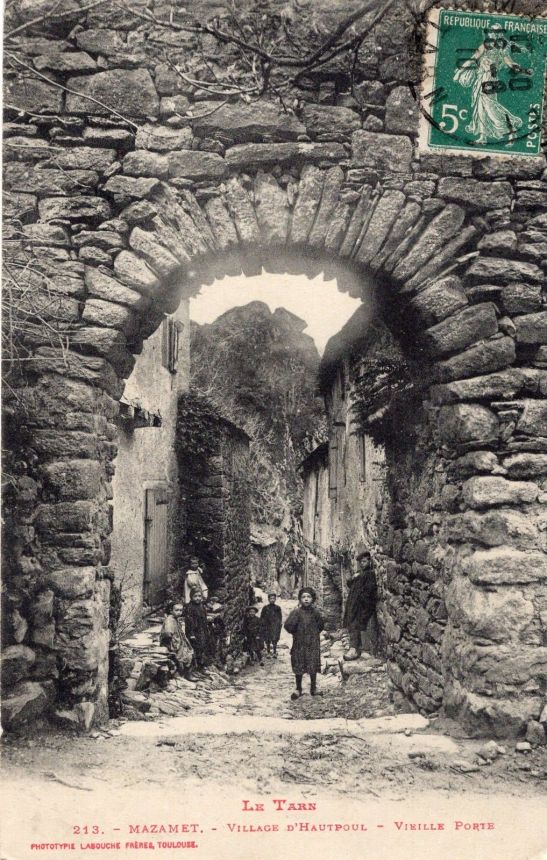 This entry was posted on November 28, 2016 by The Pink Agendist in design, Mazamet and tagged history, Mazamet, Philip Davies, photography, UK.