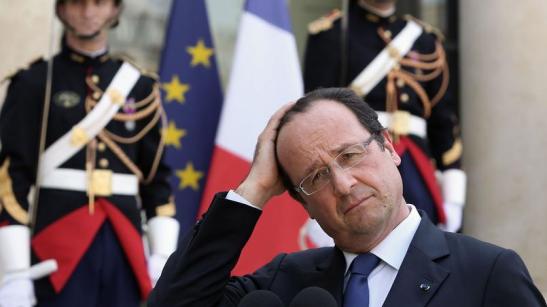 Yep. It’s apparently true. President Hollande keeps a hairdresser on staff at the Élysée Palace at a cost to the taxpayer of €9,895 per month. This has been the case since 2012. The total is: 593,700 Euros.

I’d like to introduce Mr. Hollande to a machine I’ve got. It’s called the Babyliss Crew Cut and cost me €45 on ebay.

I haven’t spent money (or wasted time) on my hair ever since. Not to mention the added advantage of not being held prisoner in a chair in a hair salon while being forced into a conversation regarding things one has no interest in whatsoever. I don’t speak Kardashianese.

This is outrageous on so many levels. So many levels. Even Mrs. Thatcher with her elaborate mis en plis didn’t have a hairdresser on staff. What in the world is this person doing to Hollande’s hair anyway?

This entry was posted on July 13, 2016 by The Pink Agendist in activism and tagged france, Francois Hollande, hairdresser, politics.