A Lesson From ‘Brexit’: On Immigration, Feelings Trump Facts – The New York Times 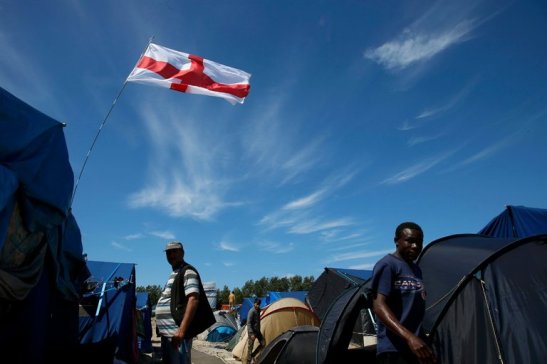 “Many citizens, particularly those who have suffered under the economic pressures of globalization, express their anxiety over these changes by focusing on another form of change: foreigners in their midst. Halting immigration, even if the actual effect is to worsen their own economic situation, seems like a way of staving off those larger changes.”

Must read article from the NYT- packed with interesting information; like for example that net immigration from Mexico to the US has been zero since 2010 and yet talk of building a wall still engenders applause from a certain sector of the population.

What this article and others are missing is the False Memory Syndrome aspect of the process. People are trying to preserve or recapture a past that never really existed. I’m 38, which isn’t too old, but old enough to remember how much less comfortable and convenient life was in a pre-globalized, pre-free-trade world. Much of what we consider normal today, the generations before us considered great luxuries. In the year I was born, for example, a 22 inch television cost 8.3% of the yearly salary of an NHS nurse or a Police constable (£3500 at the time). A two television home? Luxury. A two car home? Luxury. A cordless home phone? Not everyone had one.

We live longer and healthier lives than ever before. We’re more comfortable in winter than ever before (double glazing only became standard for new builds in the UK in the mid 1980’s.) We have access to a whole range of foods that used to be reserved for the wealthy. Our cars are safer than ever before…

There are only two areas that buck the improvement trend- one of which is a double edged sword. Real estate prices have indeed increased dramatically. Back in my reference year, 1978, the average house price in the UK was £16,000. Meaning approximately 5 years of wages for the NHS nurse or the police constable. But to achieve that sort of low price, that meant someone had to feel the squeeze- and that was labourers who that year were earning from £15 to £40 a week (depending on their level of expertise.) Costs of materials were also considerably lower and that was also dependent on labourers working in the production of those materials being squeezed.

Related to the dramatic increase in house prices (because property ownership is a major factor in the inequality index) is the factor which I think is the big player as the main catalyst to fomenting othering/xenophobia: knowledge of inequality. Not inequality itself, that’s always existed. There were and will always be people who are prettier, more competent, more successful, wealthier and so on and so forth- but they weren’t a part of our lives in the way they are today.

Technological connectedness means we’re bombarded with information about other people’s lives hundreds if not thousands of times per day. That means people aren’t comparing their homes to their neighbors, who probably have similar socioeconomic backgrounds and lifestyles, but the comparisons are to people in entirely different circumstances. Physically the comparisons are to models. Financially the comparisons are to incredibly wealthy and successful individuals. This can only create feelings of discontent and inadequacy- and if a clever manipulative politician comes along knowing how to exploit the phenomena… we get something like Brexit.

11 comments on “A Lesson From ‘Brexit’: On Immigration, Feelings Trump Facts – The New York Times”

This entry was posted on June 29, 2016 by The Pink Agendist in activism and tagged brexit, inequality, psychology, sociology, xenophobia.