The mood is ugly, and an MP is dead | Polly Toynbee | The Guardian 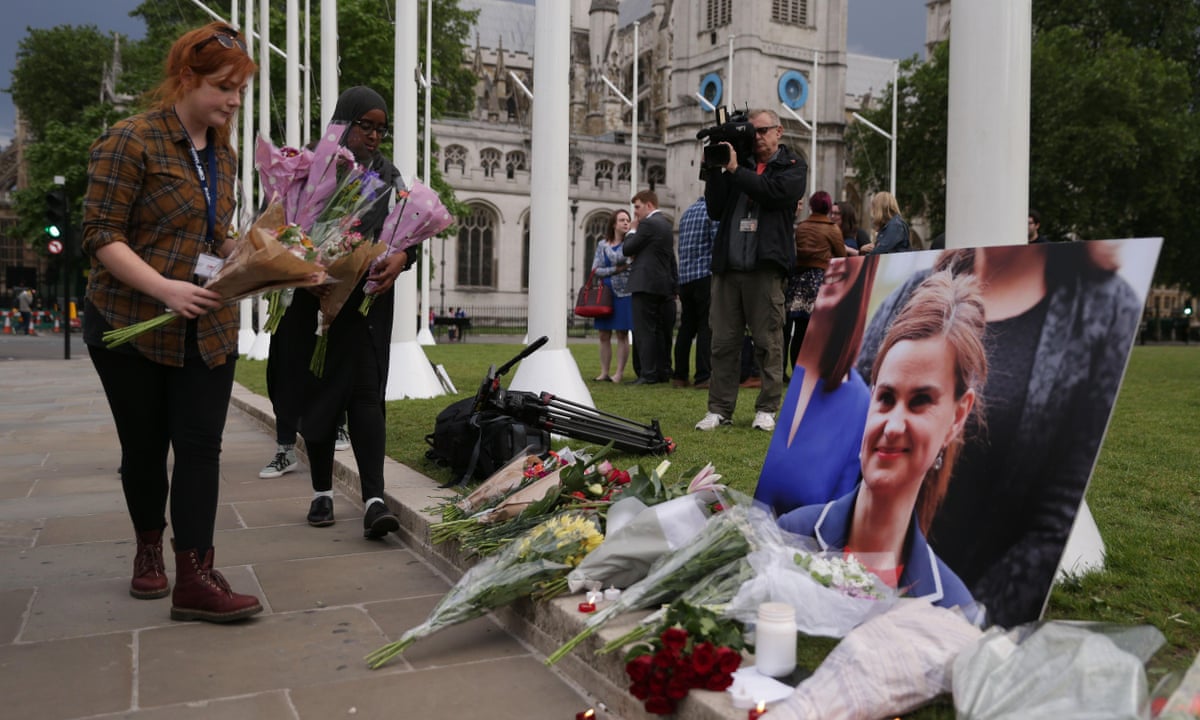 “There are many decent people involved in the campaign to secure Britain’s withdrawal from the EU, many who respect the referendum as the exercise in democracy that it is. But there are others whose recklessness has been open and shocking. I believe they bear responsibility, not for the attack itself, but for the current mood: for the inflammatory language, for the finger-jabbing, the dogwhistling and the overt racism.

It’s been part of a noxious brew, with a dangerous anti-politics and anti-MP stereotypes fomented by leave and their media backers mixed in. Only an hour before this shooting Nigel Farage unveiled a huge poster showing Syrian refugees fleeing to Slovenia last year, nothing to do with EU free movement – and none arriving here. Leave’s poster read: “Breaking Point. We must break free from the EU and take control of our borders.” Nicola Sturgeon, Caroline Lucas and many others condemned it as “disgusting”, and so it is.”

Source: The mood is ugly, and an MP is dead | Polly Toynbee | Opinion | The Guardian

Here’s some of the Brexit propaganda:

27 comments on “The mood is ugly, and an MP is dead | Polly Toynbee | The Guardian”

This entry was posted on June 17, 2016 by The Pink Agendist in activism and tagged brexit, jo cox, ukip.