The *safe-space* people are at it again. 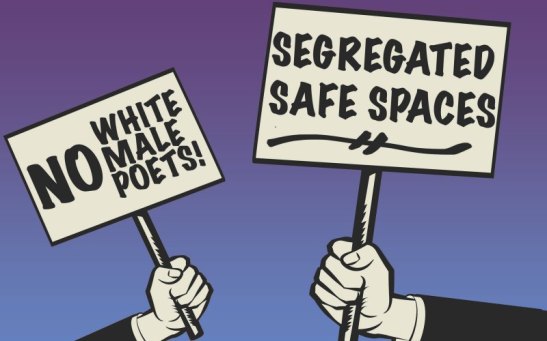 For the love of Mithra. The safe-space people are back to annoy us all. Here’s Robby Soave’s take:

“The Craziest Demands of College Kids in 2016 No grades, no Shakespeare, and no students of different stripes—welcome to campus insanity in 2016.

“We have spoken. We are speaking. Pay attention.” So said Yale University students to the faculty of the English department, perfectly encapsulating the attitude of the college activist in 2016…

… Implement Segregated Safe Spaces: It’s not just that the curriculum is too white: some students actually resent having to spend so much time surrounded by people who don’t belong to their tribe. Many activists, in fact, have asked their colleges to create segregated safe spaces for students of color, female students, LGBT students, or students of some other identity group.

Source: The Craziest Demands of College Kids in 2016 – The Daily Beast

10 comments on “The *safe-space* people are at it again.”

This entry was posted on June 8, 2016 by The Pink Agendist in Uncategorized.