The pseudo-feminists: TERF’s. This is how cults work.

I must admit I hadn’t heard of this movement until very recently- and what an unpleasant surprise it has been. They represent, for all intents and purposes, the opposite of everything I’ve spent my life believing feminism is about. In fact, the vast majority of their “operation” seems to be a re-hash of classic patriarchy: reducing people to their genitalia and then assigning value based on that.

The most unusual part of all of it is they seem to be blind to the fact that everything they propose regarding the transgendered community is in direct contradiction with what they want for themselves. They take special pleading to a whole new level.

“Applying standards, principles, and/or rules to other people or circumstances, while making oneself or certain circumstances exempt from the same critical criteria.”

We see this over and over again, not least of which was as the title of a post by Roughseasinthemed: If you have a penis, don’t tell me what to think. Or something along those lines. That is, of course, coming from someone who never stops giving people tutorials on her variety of feminism. And not just regarding rights, but even the language we are and are not allowed to use. That’s not to say, at all, that promoting women’s rights is wrong. It isn’t. What is profoundly wrong is the twisted way they do it and the perverted variety of logic that goes along with it.

We don’t want people to tell us what to think, but we want to impose our exclusive vision of gender on the trans community (and society as a whole.)

Where have I seen that thinking before? 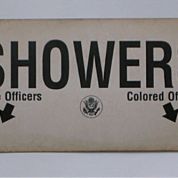 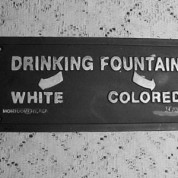 And worse of all is how they do it. Cult-like doesn’t even begin to describe it. After my encounter with the TERF’s on Roughseas, I was twitter-bombed. Over 350 messages all along the same lines (and by the same small group of four people, obviously connected to PurpleSage*.) Basically, if you’re against trans-segregation, you’re a supporter of the Rape and Murder of women.

They’ve wrapped up their bigotry in the purest form of demagoguery. It’s suddenly not that they want to exclude trans-people, it’s that they want to “protect women” from transwomen- who of course must be rapists and murderers. Otherwise, they wouldn’t need protection, right? Sadly this is eerily similar to what the Christian extremists have done for a very long time to gay men. They had to protect the children, from us. Why? Because they wanted to make homosexuality and pedophilia synonymous. And that’s exactly what they’re trying to do now by associating transgenderism with rape.

And you don’t need to take my word for it that trans people don’t represent a danger: 15 Experts Debunk Transgender Bathroom Myth

“Experts in 12 states — including law enforcement officials, government employees, and advocates for victims of sexual assault — have debunked the right-wing myth that sexual predators will exploit transgender non-discrimination laws to sneak into women’s restrooms, calling the myth baseless and “beyond specious.”

*PurpleSage is the author of this pearl: “The man always seems to have his hand on the woman. Either he puts an arm around her, or just a hand on her shoulder or her arm, or he wraps his arm around her back. At first glance it would appear to be just an affectionate touch, but what interests me is that I never see women doing this to men. I don’t think I’ve ever seen a woman standing with her arm on her boyfriend’s arm, or with her hand on his back. Have you ever seen this?…

…”I’m starting to find it gross. I just saw a man doing this today to his female partner who was looking up at him while he talked endlessly and she kept nodding silently and his hand was unnecessarily on her arm. It didn’t look affectionate to me, it looked revolting.”

35 comments on “The pseudo-feminists: TERF’s. This is how cults work.”

This entry was posted on March 6, 2016 by The Pink Agendist in activism and tagged atheism, Cults, extremist tactics, feminism, lgbt, TERF, transgender.