Diary of the Oppressive White Male 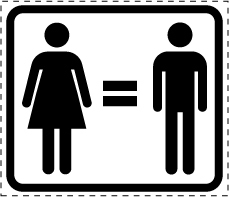 I read something appalling yesterday. Of course I understand that when people are young, they see the world in the first person. All that exists, only exists in relation to the self. One’s own issues can be overwhelming- and so it’s easy to look for people to blame; and in the case at hand, needlessly victimize another human being.

In a post titled “Male pretendbian running for NUS women’s officer“, a lesbian female goes on to verbally assault (and ridicule) a transgender woman for not being a “real woman” or a “real lesbian.” Apparently her test of womanhood is menstruation. Her oppressed existence is the only variety of oppressed existence- and no one else in the world, unless they stand in her shoes, has any clue as to what oppression could be. Certainly not a white male like me.

You know, the sort of white male who was born on the heels of one military dictatorship and straight into another. Media controls, financial controls, police (regularly) stopping people to check their papers for no reason, no imported products, governments blocking bank accounts- ah yes, and let’s not mention the role of gay men in post-military, highly patriarchal and profoundly Catholic societies. A veritable paradise? Obviously white men who lived through that can’t possibly fathom what oppression even looks like.

But, back to the point. The author of the post in question decries the fact that a trans woman can run in an election for a post called National Union of Students’ Women’s Officer. The reasoning being that a trans woman doesn’t menstruate? Doesn’t understand oppression? That gender at birth defines a person’s ability for empathy? Should legal cases only be assigned to judges of the same gender as the plaintiff? Or the defendant?

Whilst Purple Sage thinks she’s promoting feminism, she’s doing quite the contrary. She’s proposing the same sort of hierarchical (oppressive) system as patriarchy, the only difference being that the central figure is female rather than male. Hardly what Olympe de Gouges had in mind when she wrote the iconic Declaration of the Rights of Woman and the Female Citizen. The truly great feminists, like de Gouge and de Beauvoir, argued for a world of equal citizenship and citizenhood. One where gender is not the factor according to which rights are allocated. Deviation from that fundamental principle will invariably lead to other variations of discrimination.

15 comments on “Diary of the Oppressive White Male”

This entry was posted on February 23, 2016 by The Pink Agendist in activism and tagged anna lee, feminism, gay, lgbt, transgender.