And most unfortunate is the accusation comes from comedian Margaret Cho. Ab Fab is satire. It satirizes the fashion industry, it satirizes the excesses of a certain class and style of people (who those of us who lived through the 80’s probably remember.) Satire.

Racism, on the other hand, is the belief that one race is superior or inferior to another. I hardly think that’s the case here. What we have is a very precise caricature based on the very real Yayoi Kusama:

Similarly, Sacha Baron-Cohen’s film Bruno was neither anti-Austrian nor anti-gay. 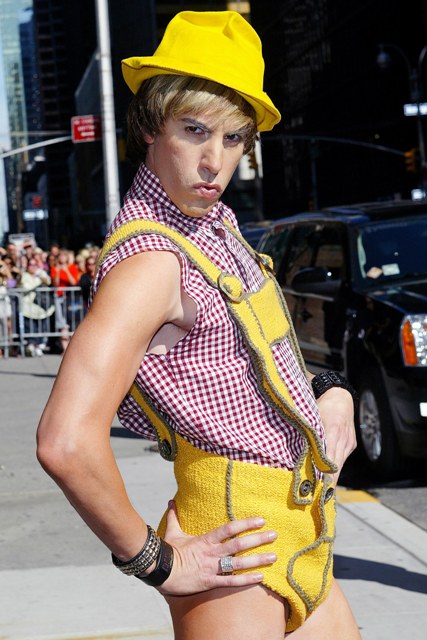 This entry was posted on December 17, 2015 by The Pink Agendist in activism and tagged comedy, margaret cho, racism, satire, understanding language.